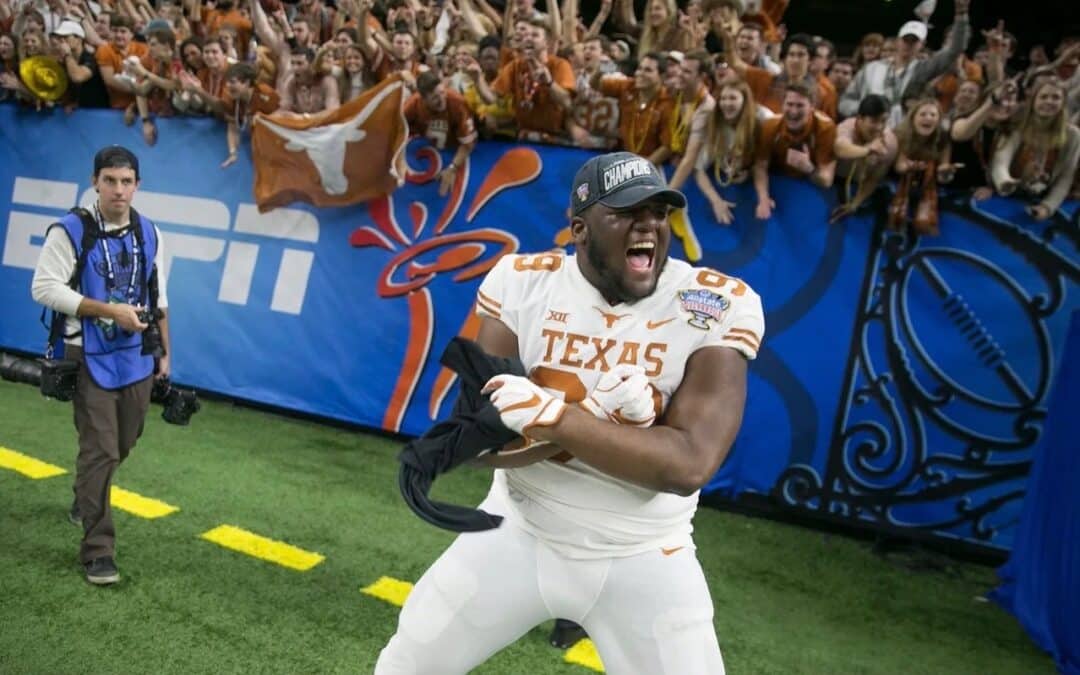 Brand-A matter of trust: Cottage industry springs to life for NIL issues, but whom does it serve?

All about relationships (as noted on hookem.com)

The most creative athletes will be the ones making the most money, experts agree. But even the basic marketing brand strategies will always work. Texas football players Keondre Coburn and DeMarvion Overshown recently posed for a Twitter photo with Sam Elsaadi, Vice President of Big City Wings. The Houston-based restaurant opened its first store in July 2015 and will have 12 locations by the end of September.

Elsaadi became friends with Coburn when he was a high school senior at Spring Westfield. Of course, Elsaadi recognizes Coburn’s status as a Texas athlete. But they were friends first. Coburn has never asked for free food, Elsaadi said. Big City Wings catered a graduation party, and Coburn’s father “actually paid for the entire event, even though I would have done it for free.”

Now with these rule changes, Big City Wings can cater an event for Coburn, Overshown, or any other athlete, and it’s acceptable.

In the end, Elsaadi said he’s comfortable having his company associated with Coburn and Overshown because he knows them as people. As in all things, life comes down to personal relationships. “I really haven’t done any research on what (NIL) could potentially mean, ” Elsaadi said. “But for us, those are good kids, they like our food, and I’m a fan of their families. That’s why we go ahead and do it.”

“In six months to a year, there’s going to be hard data. That’s going to be the story in recruiting,” Schwab said. “Schools can say, ‘Last year, we had these athletes who did these great things, and just Google it.’