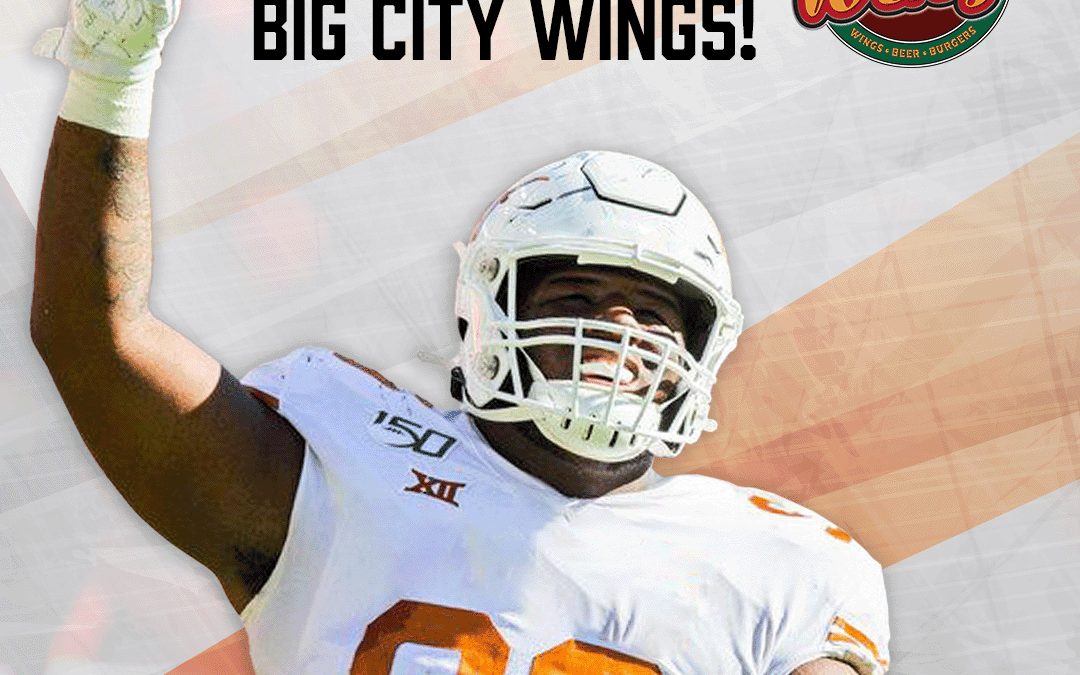 Big City Wings has ten Houston-area locations and serves up house-made chicken wings, refreshing spirits, and a host of other American foods. Their family-friendly environment and numerous television screens make it the perfect place to relax with a few drinks and a meal, all while taking in a Texas Longhorns game and cheering on number 99.

The NIL deal with Big City Wings comes as an exclamation point to Keondre Coburn’s senior year. Coburn, who wears jersey number 99, has been part of the Texas Longhorns’ roster since 2018 when he joined the team as a redshirt freshman. Since, he’s played in 38 games, of which he’s started 33 times.

Coburn has collected numerous accolades over the course of his illustrious tenure at the University of Texas, including All-Big 12 honorable mentions in 2020 and 2021, a fourth-team All-Big 12 Preseason selection by Phil Steele in 2021, and a selection to the Bednarik Award preseason watch list in 2021. On top of his athletic success, Coburn is also a three-time member of the Big 12 Commissioner’s Honor Roll. He is studying Sports Management.

About the partnership, Sam Elsaadi, Vice President of Operations at Big City Wings, said, “We’re so excited at Big City Wings to partner with Keondre Coburn. Not only is he a force on the field, he’s also an exceptional young man and a true ambassador of Texas football. We couldn’t think of a better player to head into the 2022 season with.”